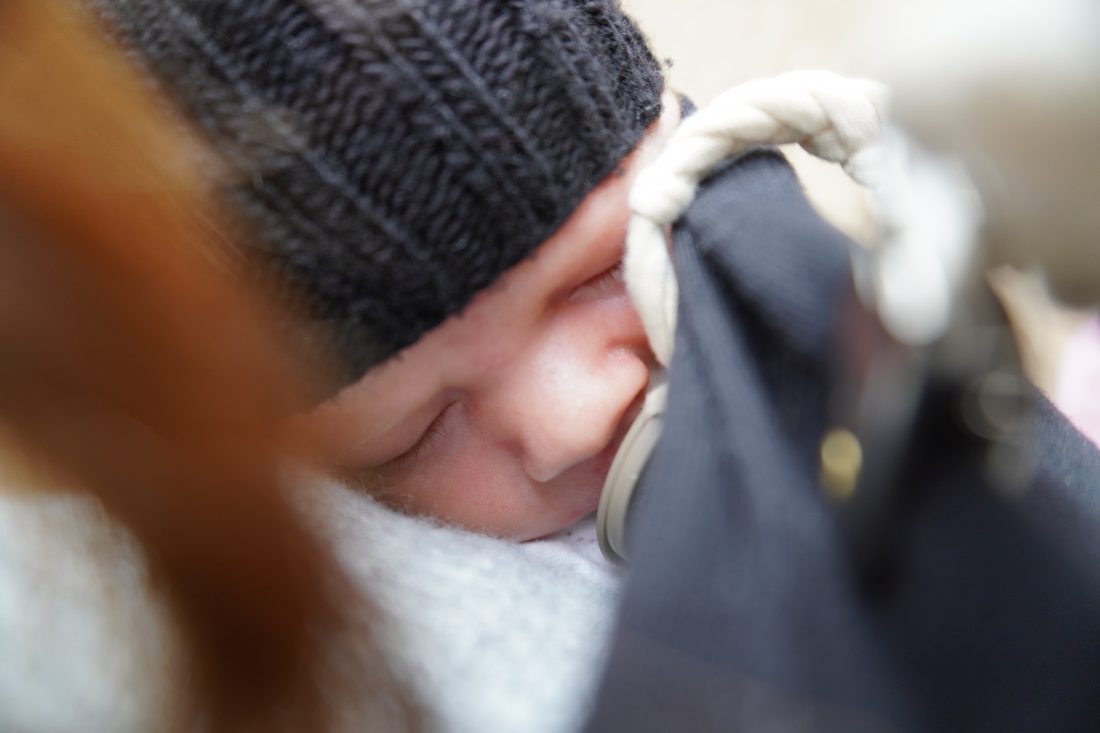 December 2, 2019 In Family By Megan Brightwood

So, this is a story that I have probably tried to tell a thousand times. I first tried to film it for my YouTube channel, and then when I couldn’t, I tried to write down my thoughts, and was still having a hard time. I’m not sure why it’s been so difficult for me to tell, because although it seemed like a crazy experience, both Charlie and I came out of the whole thing happy and healthy. Now that he’s three months old, though, I think enough time has passed for me to digest everything, and I’m ready to let you know what happened.

On August 16, 2019, we went in to the hospital so that I could be induced. I was 40 weeks and 5 days, miserable, and ready to meet our little one. After being admitted, I was given a drug called cytotec, and tried to settle in for what I thought was going to be a long day. Now, I’m not sure what it was, but I’d been feeling very antsy leading up to this point, and could not stay in or even on the hospital bed longer than I had to in order to check vitals and allow the cytotec to enter my system. I was so ready for everything to be over that when my midwife came to check on me around noon and I hadn’t progressed, I asked her if this round of cytotec didn’t take, if I could instead get pitocin with an epidural, and basically just get through the hard part.

She was on board with this plan, and I was feeling comfortable with everything, but as I’m sure you’ve already guessed, things didn’t go as planned. About 1:00 PM, my water broke, and we were off to the races. My first, Evelyn, was born 4 hours after my water broke, and I have a family history of fast labors, so I knew this would probably go pretty fast, but nothing could have prepared me for how fast this baby would actually arrive. Thankfully, my midwife was the same person that delivered my daughter, so when the nurse called her, she came back to check on me right away. At this point, I was progressing so quickly that any sort of pain medication was pretty much off the table. No epidural, no nitrous oxide – I don’t think I was even able to get Tylenol. I did, however, get oxygen in order to stop me from hyperventilating, and I think that did at least calm me down enough to process what people were telling me, and I was able to follow my midwife’s instructions.

Then, at 1:23 PM – yes, twenty-three minutes later – our son, Charles (Charlie) Joseph Brightwood, came into the world. Being induced was not my first choice, since I’d also been induced with my daughter, and had really wanted to experience going into labor naturally, but I’m so thankful that I was already in the hospital. We only live 15-20 minutes away, but there was still no way we would have made it in time. Apparently, delivering this quickly is called a precipitous labor, and from what I could find, only occurs in 3% of births, though I’ve talked to several moms now who have had similar experiences, so I don’t know that it’s that uncommon. Having two similar experiences back to back does, however, mean that if we decide to have another baby in the future, I’ll likely be induced at 39 weeks in order to avoid delivering on the side of the road, which has actually happened to a mom I know!

Unfortunately, that’s not quite the end of the story. Charlie was lying on my chest, and I had him try latching right away (he was very successful), but the placenta was not coming out. I had a retained placenta, and my midwife was basically going to have to go up and get it. I hadn’t had any pain medication up to that point, but while all of that was going on, I had nitrous oxide and something a lot stronger. I can’t actually remember what it was, nor do I want to know, but I can tell you that I felt high as a kite, and I hated it. Honestly, I think the placental retrieval was the worst part of the entire labor and delivery.

In fact, while I was and am over the moon for this little guy, for quite some time after Charlie was born, I was positive that we would be stopping at two children. I am so thankful for Charlie, and would go through it again for him, I just couldn’t picture taking that risk on another child. Now, that some time has passed, and I’ve forgotten a lot of the pain, I’m more open to the idea, but we’ll see what things look like in a couple years. Maybe we’ll stop at two, maybe we’ll have another, but I don’t think we can make that decision right now. Instead, we’ll be soaking in all these precious moments with Charlie!