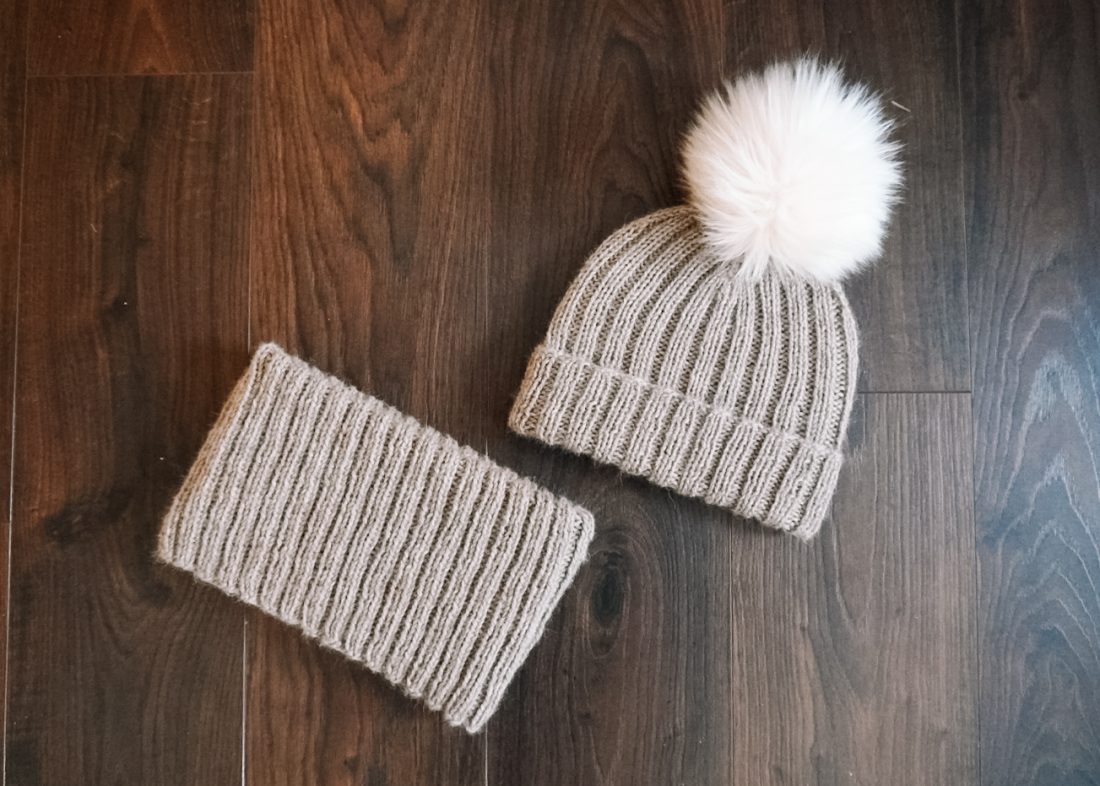 Someone recently asked if I would share a pattern for a hat and cowl set, and I’m so glad they did! This hat and cowl set is one of my new favorite winter accessories, and I love how both pieces turned out!

Rep Rnd 1 until piece measures 12″ from CO edge (or desired length). Cast Off all sts. Weave in any remaining ends.

Cut yarn, leaving 12″ tail. Using a tapestry needle, slip all remaining sts onto the tail of the yarn purlwise. Pull tight to close up the crown. Weave in any remaining ends.