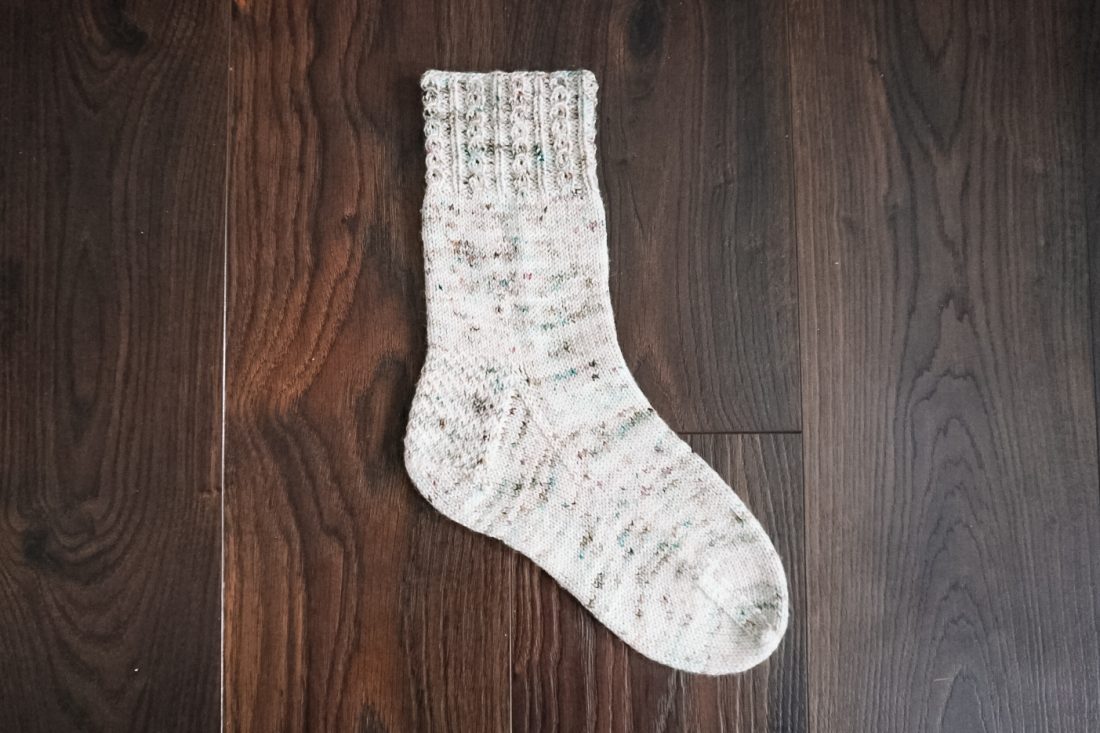 I absolutely love the design of these socks! It looks as if the cuff is cabled, but it’s in fact just a clever little stitch that looks much fancier than it actually is. Featuring a honeycomb heel, this understated, elegant sock was inspired by Daphne Bridgerton.

Begin working in Cuff Pattern for 3″, ending with Rnd 1.

then work in Stockinette st until piece measures 6″ from cast on edge (or desired length).

Heel Flap
The heel flap is worked back and forth on the first 32 sts of the next round.

Until all stitches have been worked. Knit to end of flap (on RS).

Foot
Continue working the leg sts as established, and knit all the sts on the bottom of the foot. Stop knitting when you are approximately 2″ short of your desired length.

Kitchener Remaining Stitches, and weave in all ends.