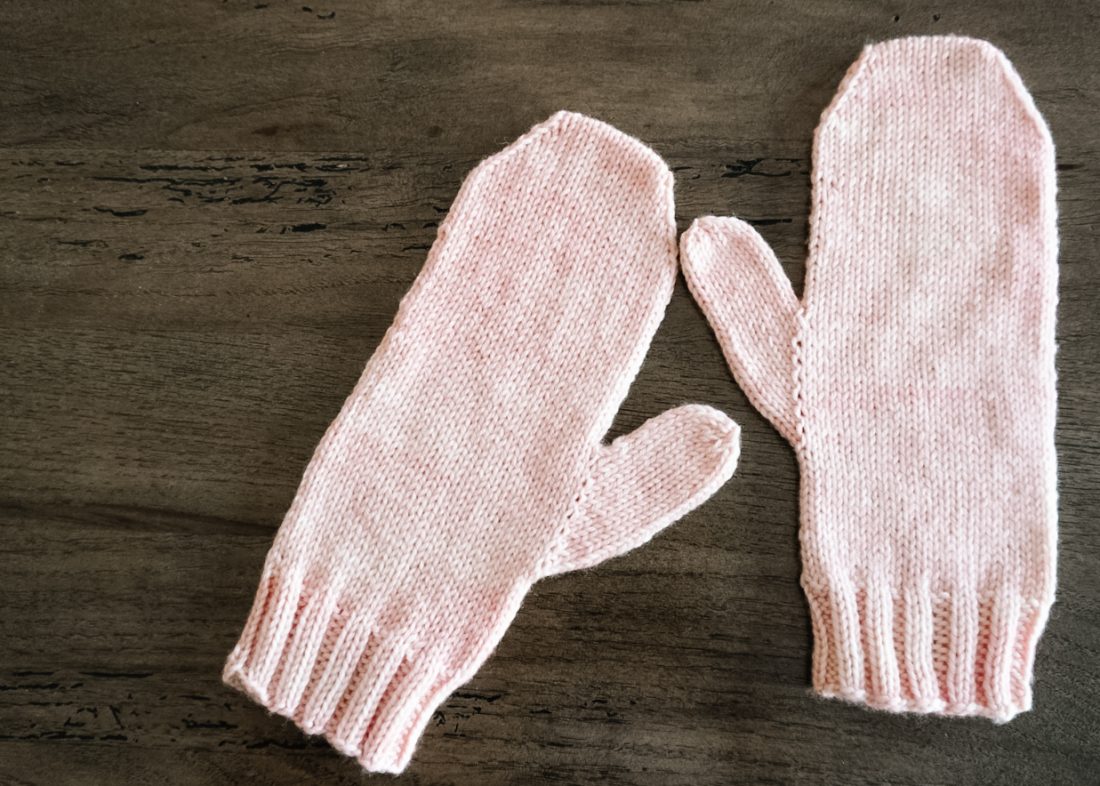 I’ve found that there is one project in particular that people are always looking for, whether it is here, on my blog, or on my YouTube channel, and that’s a basic pair of mittens, suitable for a beginner. While mittens are not typically a beginner pattern, I do think that these particular mittens would be suited to an advanced beginner, and I go over all of the techniques used in the video tutorial that can be found below.

Work in Stockinette St until piece measures 3.5″/8.5 cm from cast on edge.

Thumb
Place the 15 sts for the thumb onto US 6 needles. Pick up 2 sts in the gap between the hand and thumb stitches.

Cut yarn, leaving 12″ tail. Using a tapestry needle, slip all remaining sts onto the tail of the yarn purlwise. Pull tight to close up the thumb. Weave in any remaining ends.