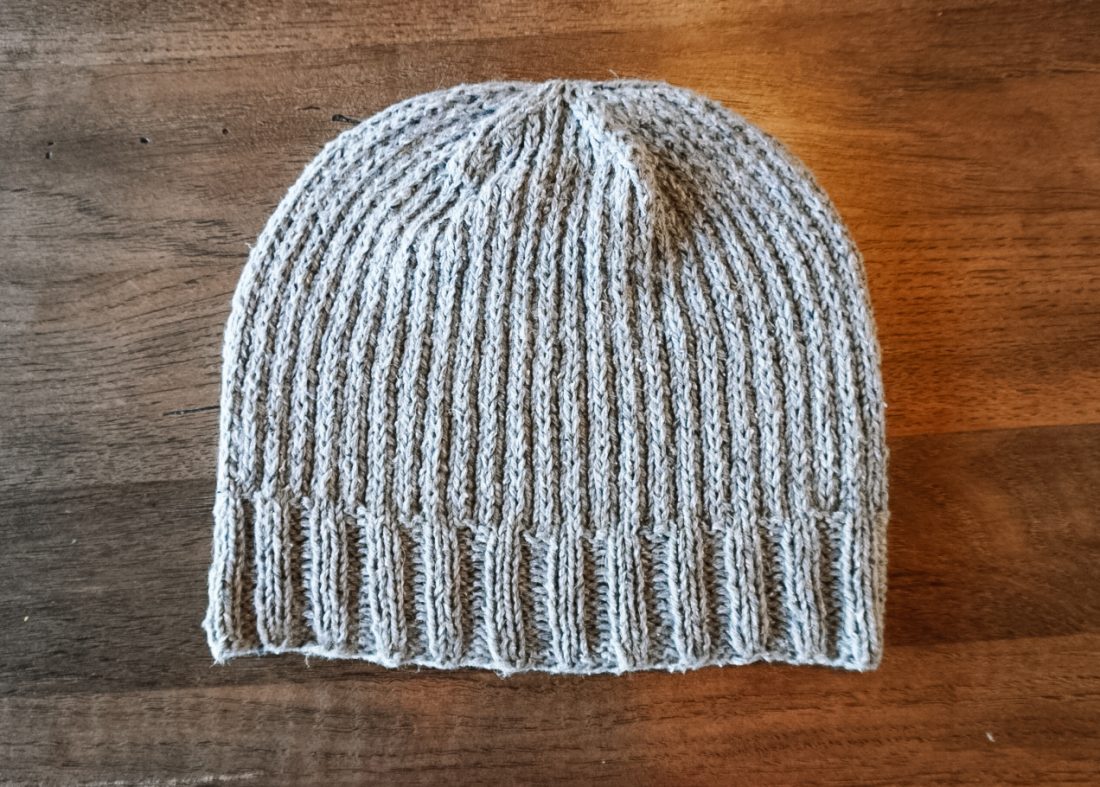 I’d done a version of this men’s beanie back before my oldest was born, and considering she just turned four, I thought it was time for a little update! This hat is knit in the round, using a Berroco Remix yarn, and turned out so well – my husband definitely approves, and I hope you do, too!

Cut yarn, leaving 12″ tail. Using a tapestry needle, slip all remaining sts onto the tail of the yarn purlwise. Pull tight to close up the crown. Weave in any remaining ends.