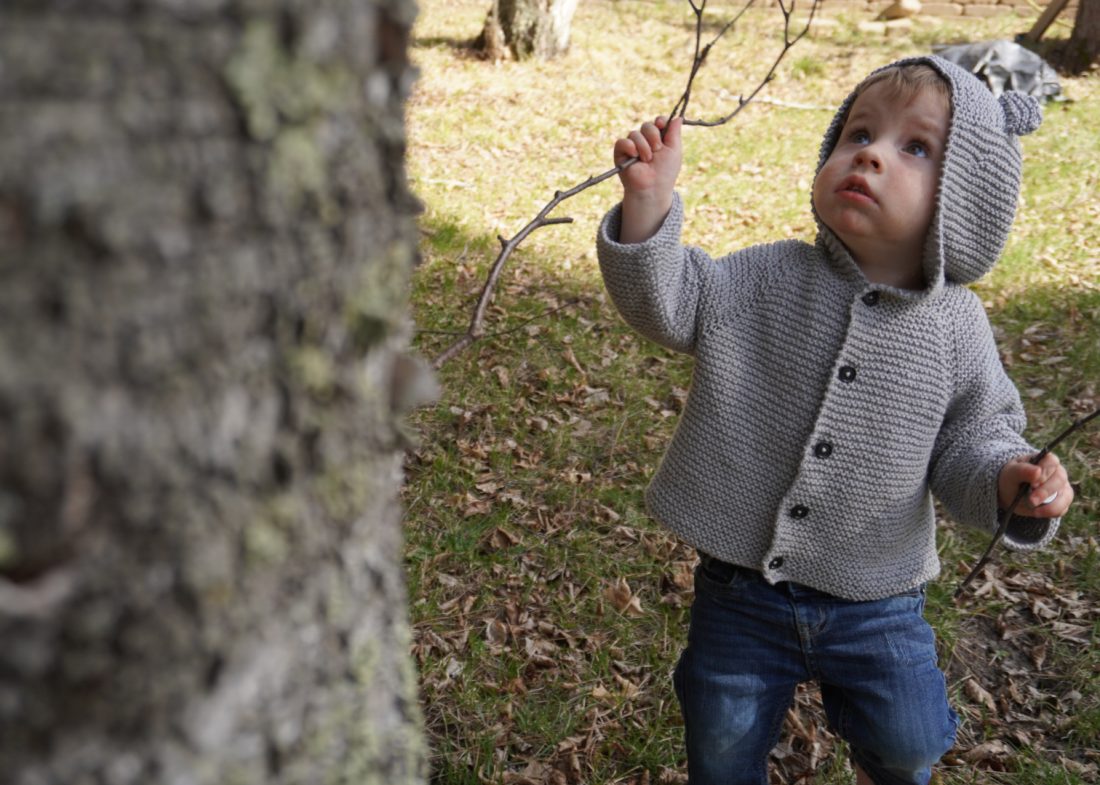 May 3, 2021 In Knitting, Patterns By Megan Brightwood

I can’t even begin to explain how excited I am about this cardigan! It’s been one of my most ambitious projects to date, and I think it turned out so well. It’s exactly what I had envisioned when I set out to make it, and I’m so glad that I filmed the process and wrote down the pattern so that I can share it with you!

When working the hood, you will start by knitting a square that forms the top of the hood. The cast on edge becomes the top front edge along the forehead. You will then pick up stitches along the sides of this square, and the rest of the hood is worked back and forth.

To shape the back of the hood, work decrease rows as follows:

Ears are written as a separate piece that you will sew on at the end. If you would like to avoid sewing, please refer to video instructions.

Sew each teddy bear ear about halfway back from the front of the hood. Weave in all remaining ends. Sew the buttons across from the buttonholes.