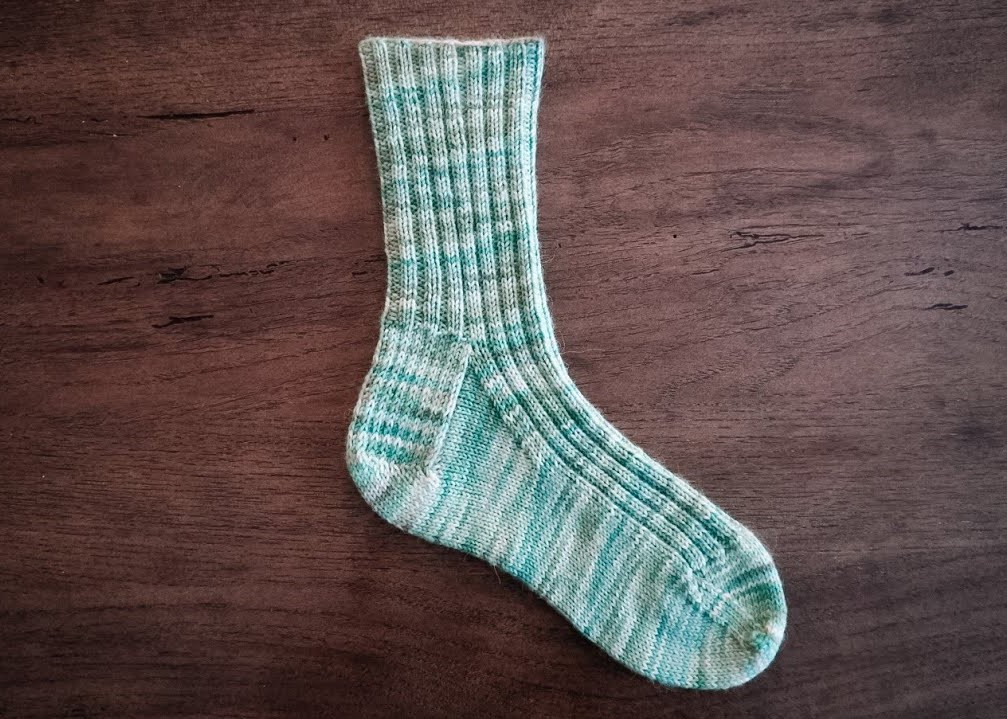 I’ve been asked to share some form of sock pattern for quite a while, so today I thought I would share my favorite – a simple ribbed sock. I love this style because it can fit almost any size foot, thanks to the natural stretchiness of ribbing!

Heel Flap
The heel flap is worked back and forth on the first 32 (36) sts of the next round.

Until all stitches have been worked. Knit to end of flap (on RS).

Foot
Continue working the leg sts as established, and knit all the sts on the bottom of the foot. Stop knitting when you are approximately 2″ short of your desired length.

Kitchener Remaining Stitches, and weave in all ends.